In the year 479 BCE, Greeks coming together from the states of Athens, Sparta, and Corinth defeated the Persian Empire at the Battle of Plataea.

This was their last encounter on land which put an end to the second attempt by Persians to seize control of Greek territory.

Greek Victory over the Persian Empire

The Greeks wanted to commemorate their victory by setting an unforgettable example for later generations.

Putting the spoils of war to good use, they constructed the Persian Porch.

In Vitruvius’s own words:

… there they set effigies of the prisoners arrayed in barbarian costume and holding up the roof, their pride punished by this deserved affront, that enemies might tremble for fear … and that their own people … encouraged … might be ready to defend their independence.

Book four, ‘The ten books on architecture’ by Marcus Vitruvius.

Telamon or Atlas were the names given to the male versions of a Caryatid, after which they were modelled. (Read about Caryatids in this post.)

They were usually represented by a gigantic muscular figure supporting a building with his shoulders and head.

Such figures were quite dynamic and exhibited the strain they were subjected to by bending forward.

Their muscles were all tensed up and faces contorted due to the apparent heaviness of the weight.

The Eternal Burden of Atlas

In Greek myth, Atlas along with his brother joined the Titans fighting Olympians in the war known as Titanomachy.

When Titans ultimately lost the war, Zeus decided to punish Atlas, by forcing him to lift the sky high above the earth.

He then became known as Atlas Telamon meaning the one who is able to withstand a heavy burden.

In ancient art, he can often be seen as carrying planetary bodies.

Telamon was the name by which such a support became more well known in the Roman architectural vocabulary.

At the Temple of Olympian Zeus

One of the oldest examples of Atlas Telamon pillars has been found in the Temple of Olympian Zeus in Agrigento, Sicily, dating back to the 5th century BCE.

The temple had Doric columns at the front, backed by Atlases measuring more than 24 feet high.

The male nudes stood tall with their arms bent backwards, taking up the weight on their hands and elbows.

Another early instance of Telamones, on a much smaller scale, occurs in the Baths of Pompeii.

These were figures made in terracotta with a meagre 2-foot height.

P.S. Take a moment to see the Classical Scroll architecture prints. You definitely won’t regret it!

Select your language from the ‘Translate’ menu below. 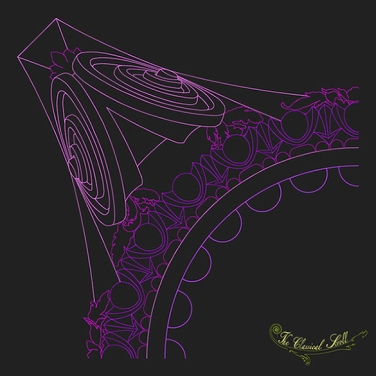 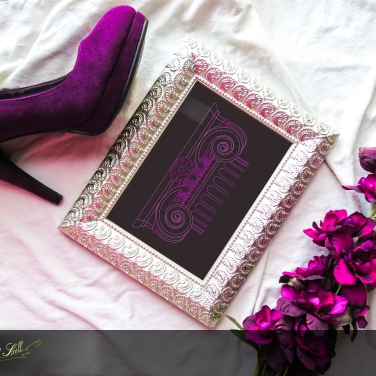 In the year 1670, Christopher Wren wrote a letter to Dudley North who served as a treasurer in Constantinople. North worked for the Levant Company from Britain which conducted trade in the Ottoman Empire. ⁣⁣
An excellent example of interior decoration from classical Roman times.⁣⁣⁣
Interior drawings of a hall at the Ducal Palace in Mantua. The city of Mantua is located in Lombardy, a region in the north of Italy. ⁣
1- Most of the architectural parts, you’ll see here, were found around the Parthenon in Athens. ⁣
The Colosseum dates back to 1C. It was known as the Flavian Amphitheatre because 3 Emperors from the Flavian dynasty had built it, beginning from Vespasian. At the time when games were held there, people of the city would proudly refer to it as Theatrum par Eminence, the great theatre of Rome. ⁣⁣
A view of the gateway into Athens, situated in the eastern wall, from the 19C. Dodwell tells us that the 10-ft high wall was built in 1780. ⁣